Times are uncertain, but this too shall pass. So, how can you put your company in a better position for the future? By taking advantage of the deepest talent pool available for a limited time only!

Think about it, in general there are 3-types of job candidates; Active, Passive, and Settled (or not looking.)

Active candidates seek roles. They are active on job boards. They are responding to ads and communicating with recruiters and employers proactively.

Passive candidates monitor the market and their industry. They often seek particular opportunities based on their skill set.

Settled candidates are those not actively looking for a new job. These folks  are least likely to jump ship in normal circumstances. 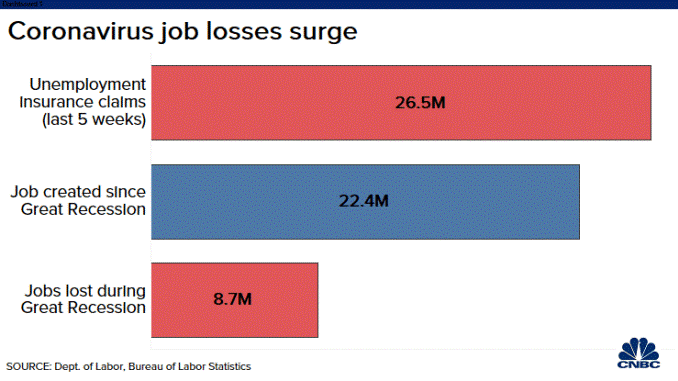 But these are not *normal circumstances. And a new normal will be being defined for quite some time. As of April 24, 2020, the number of Americans who filed for unemployment over the prior five weeks is over 26 million (Department of Labor Statistics.) The highest rate of job loss and unemployment since the Great Recession. Do you know what this means? Besides a heck of an economic rollercoaster in the coming months and years?

It means the categories have blurred. People who would not have been candidates in the past may have a more open position to change. Even those still employed. Because depending on how their organization is behaving during this crisis, they may consider a move previously off the table.

John* is a Software Engineer,  specializing in mitigating risk at his company. He has 10 years of experience, 8 of which he has spent in his current organization, managing and mentoring new hires and experienced team members. Every so often we share new positions in the industry with him, but over the last 2 years he has not been open to entertaining any of the opportunities we have presented.

But on March 23rd, when he was told his organization needed to lay off several of his team members because of the hit the business was going to take due to COVID-19, he was devastated. He loves his high-performing team – it had taken years to put this group together. And he was not alone. 23 other leaders in the company were facing the same situation. He knew there were other solutions, like remote and part-time situations which could keep everyone employed at a lower price tag, but the company seemed unwilling to make considerations. As the days went by, rumors surfaced that the management team decided to use this as an opportunity to lean out the organization. True or not, it lined up with John’s perception and left him with a feeling of dread.

When we reached out to John on the 25th of March, he actually asked us what the job market was like. He wondered if what was going on at his company was typical. And while there is no “typical” today, it is clear his employer is NOT in the minority. Most companies are thinking lean – but many more are focused on the future. So, we introduced John to the Director of Technology at one of our new clients that specializes in digital transformation. They need an ace to build a risk-analysis team. His final interview was last Monday via Zoom. He accepted their offer on Friday with a tentative start date of June 1st  (remotely if businesses are not re-opened by then.)

Company Loyalty is a Gamechanger

John’s willingness to pursue an opportunity in a space that he would have ignored in the past is a sign of the times. Because the loyalty of the organization he works for to its employees – not just the executives or partners but to all team members - is a value he is unwilling to sacrifice. Even when his own job is likely safe (at least in the medium-term.)

John is not unique. We have had more than a few calls from employed, and furloughed or laid-off candidates, that have moved from “Settled” to “Passive,” and even “Active” categories, in the last few weeks.

This is the time for employers to strike, to grab those candidates that will skill up your team for the future before someone else does – because like everything else in this world, this circumstance is available for a limited time only! 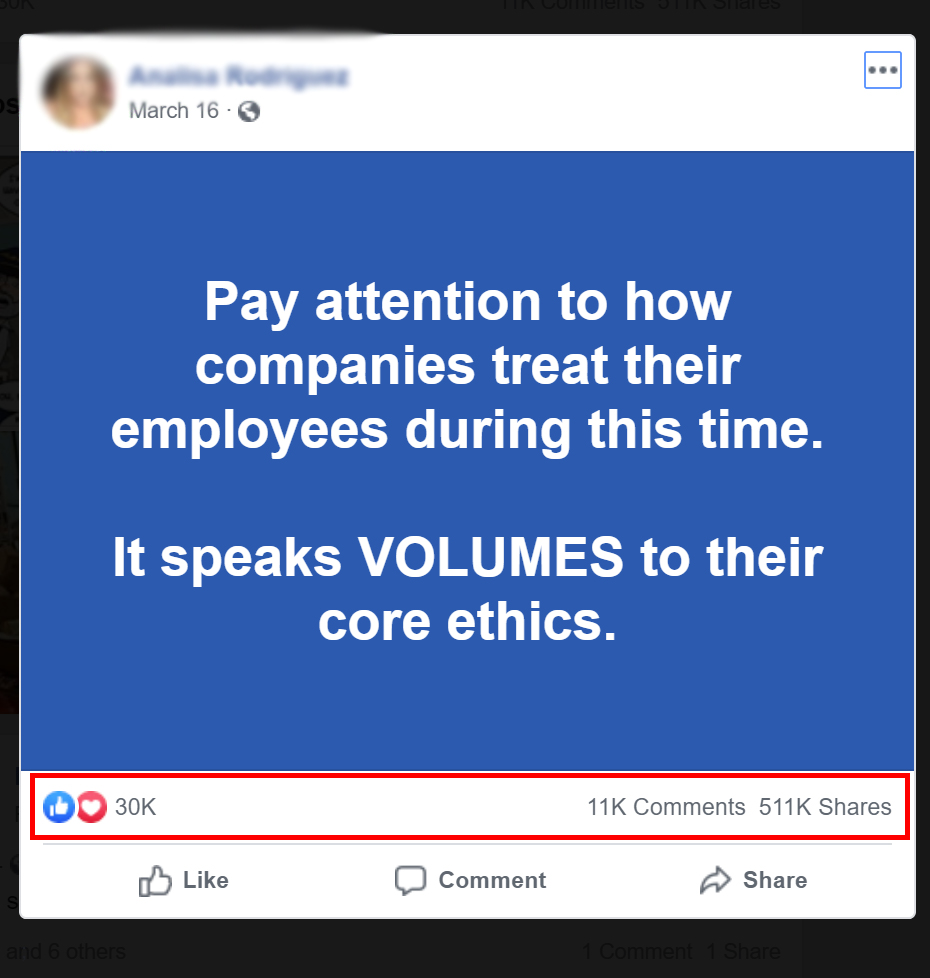 One of many similar, viral posts on social media in March/April 2020.

*Not his real name.

Lisa Crockett is a leader and professional development coach with more than 20 years of experience in Human Resources, Learning, and Performance. To learn more about her professional career visit her on LinkedIn.